Just spent the afternoon interviewing Betsey Wall Carter, a potter and co-owner at Cone 10 Studio in downtown Charleston. Betsey works with porcelain to create functional and beautiful pieces. There are approx. 12-15 artists who share the work space which also functions as a gallery. (there is a 50% off table in the gallery right now, check it out!) Classes are offered, though the website hasn’t yet updated summer offerings….check out the website at cone 10.

What Interns Are Good For

My is teaching Olivia all about the wonderful world of. . .blogging.

The Greater Park Circle Film Society was established to educate the Lowcountry public on all aspects of media arts. The Society presents films generally not shown in commercial theaters, acting as a local alternative to mainstream theaters, and presents related educational programs. 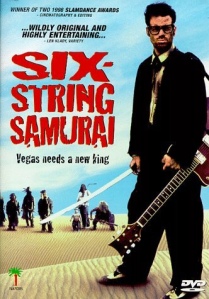 This month, on June 27, the Society is showing two films in Park Circle at 1080 E. Montague.

The first, with a matinee showing at 4 pm and a second showing at 7 pm is Six-String Samurai, directed by Lance Mungia. The film is rated PG-13. According to Netflix:

“After the Russians lob an atomic bomb at the United States in the late 1950s, survivors flock to the neon lights of “Lost Vegas,” where Elvis Presley is a bona fide king of music and men, but when His Majesty dies unexpectedly, the city’s shiny throne is up for grabs. Armed with a six-string in one hand and a samurai sword in the other, rock ‘n’ roll hipster Buddy (Jeffrey Falcon) vows to make it to Sin City in time for his coronation.” 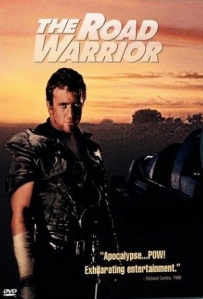 The second film which will be shown at 10 pm as part of the Late Night Series is The Road Warrior. The film, directed by George Miller, is rated R. According to Netflix:

“In this sequel to Mad Max, Mel Gibson returns as the heroic loner who drives the roads of post-apocalyptic outback Australia in an unending search for gasoline. Arrayed against him and the other scraggly defendants of a fuel-depot encampment are the bizarre warriors commanded by The Humungus (Kjell Nilsson). The post-nuclear future meets the mythological past in this epic of action and carnage.”

Admission is $2 for members and $5 for nonmembers; free popcorn is provided.